The Story of Great Frontier

Great Frontier started with the gift of a brewing kit for Father’s Day.  Mike Plungis, Great Frontier’s Founder and Head Brewer, quickly became passionate about brewing.  A few years later Mike was inspired to brew gluten free beer after his wife, Annie, and an increasing number of family and friends were diagnosed with Celiac disease or some level of gluten intolerance.  He wanted to make a better gluten free beer and one that actually tasted like a regular beer.  His first gluten free recipe is called Blonde Annie.

The Blonde Annie recipe was great from the beginning, scoring 43 out of 50 possible points at the 2011 National Home Brewing Competition.  A few months later the recipe was brewed with a local Denver brewery and won a gold medal at the Great American Beer Festival.  Mike’s story of a home brewer’s recipe winning a Great American Beer Festival gold medal can also be found in an article in the May/June 2012 issue of Zymurgy magazine.

Stop in and enjoy a variety of fresh hand-crafted traditional and gluten free beers with your friends and family. You will love our comfortable surroundings.  We look forward to seeing you! 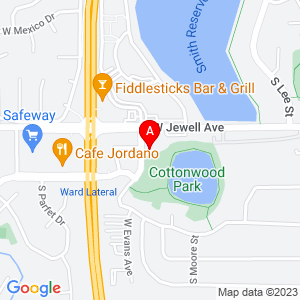